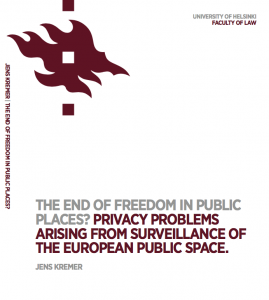 STAGE 4 Various examples cited from first hand and second hand analysis of spaces to understand negative spaces better. To make a framework of different issues and principles studied and that can be applied on case studies. Examples of how these spaces have been utilized to good effect in some cases are also done and a comparison is made between the two. In-situ readings and analysis of various negative spaces around Delhi are taken. Other than theoretical analysis practical implementations of these spaces are also studied using various secondary examples.

Over the years space around man has constantly altered from luxury to a necessity. Designers too have tried to make every possible space into a luxury for its users. Space, however large or small, if designed serves the exact need of its target audience. Having given a definite amount of space with the necessity of the client the architect decides the amount of built, the unbuilt, the green, the paved, the open the closed, the covered or the uncovered. Although, through his imagination a designer translates his design to the client, the target group and the purpose of the space is given at most significance.

An architect or a designer could broadly classify his or her design as Open and Closed spaces. These spaces could either be built or unbuilt. The open and closed space along with purpose of a space define the profile of the building. This could be a stadium where a closed space is enclosed by the built and where priority is given to the open space or could be a Haveli in Rajasthan where the open is present in the form of a courtyard and the built is given. Based on the usage of a space the categories of open and closed spaces are defined in a design.

Gottilieb, These illustrations explain the relation of the open to the closed at a personal level.

In these circumstances the accessibility of these open or closed spaces is highly restricted and only a selected group is granted access. Physical and visual barriers are created to ensure privacy. In case of a stadium entry into the open ground is restricted through gates and ticketing. In a private space like a haveli the open space is generally given access to rooms and the private living space and merged with the entrance of the house through corridors and windows.

This provides a visual connection but poses a physical barrier. Similarly at an urban scale of a town or a city the open spaces and the closed spaces are co-related.

The built on this scale, generally buildings are built with respect to the open spaces present alongside them. In case of the Manhattan Island the buildings present were constructed keeping the central park or the sea as the open. View and accessibility of the built. In this case was made with respect to the open. P, Sept Parks, squares piazzas are generally open space that are present in an urban context in case of a city or in gathering space under a tree or a riverside in case of a village or a small settlement. These spaces are created so that the general public have maximum availability.

Study on the Interior Landscape Design of Public Space

These unplanned spaces that are present along the built generally get utilised by the local residents and are merged with the surrounding. With the passage of time these unplanned space become a part of the urban context. A very prominent example is the Janpath market present along Connaught Place. The market which was along the Janpath road spread into a narrow street along the LIC building and the Indian Oil building.

The market spread in size view the profit of the temporary hawkers along the narrow street. The space attracted tourists and customers eyeing the fashion goods at cheap prices.


Today the Janpath market have grown into the Indian Oil building and attracts customers from all over the world. Figure 3. A space is converted into a place based on its usability. Not all parks created by an urban designer are successful. The success of a space depends on its accessibility and its usage.

Parks and squares created within gated communities are seldom successful due to a Table 1. The broad categorisation of space. Source: Author restricted entry. This is one of the main factor. Non restricted free entry allows people from different classes of the society to interact with each other. Abinav, Other reasons for a space to remain successful would be its immediate context.

A park or a garden placed next to an immediate commercial wing would be highly successful. Similarly recreational activities along institutional or residential space would enjoy a better return than kept adjoining an industrial units. Allotment of these space for specific purposes by the town planners and authorities greatly decides the success of a city. Garden city plans were highly successful during the 19th century was the presence of industrial units along the periphery and placing public spaces like fountains, seating spaces and open greens along the residential.

Commercial units in this style of planning was placed along the residential and institutional plots. Abinav, , Gupta, Reflecting the diversity, many attempts have been made to classify the public spaces according to a range of characteristics, often inspired by different academic traditions from where they have been derived. Everyday places- the range of non- descript neighbourhood spaces that make up of the public realm and everyday venues for interaction. Places of meaning- those related to particular associations and meanings attached to particular spaces, both positive and negative.

Social environments- that through their design and uses actively encourage social encounters between users.

Places of retreat- that offer a chance for people to be alone with their thoughts or to socialise within a small group. On a broader perspective, public spaces can be classified into positive or usable spaces and negative or dead spaces.

Peshwe, Positive spaces are those which are created by intent for a specific need and cater to a specific target group. A positive may include a playground intended for the children of a neighbourhood or a metro system needed to fulfil the needs of a public in a particular city. Negative spaces are those which do not serve any specific purpose or no longer cater to the needs to which the space was created. Negative spaces thus can be categorised into planned negative spaces or unplanned negative spaces. Auge, , K, Unused and left over spaces were common when nomadic tribes moved from one place to another in search of new resources. 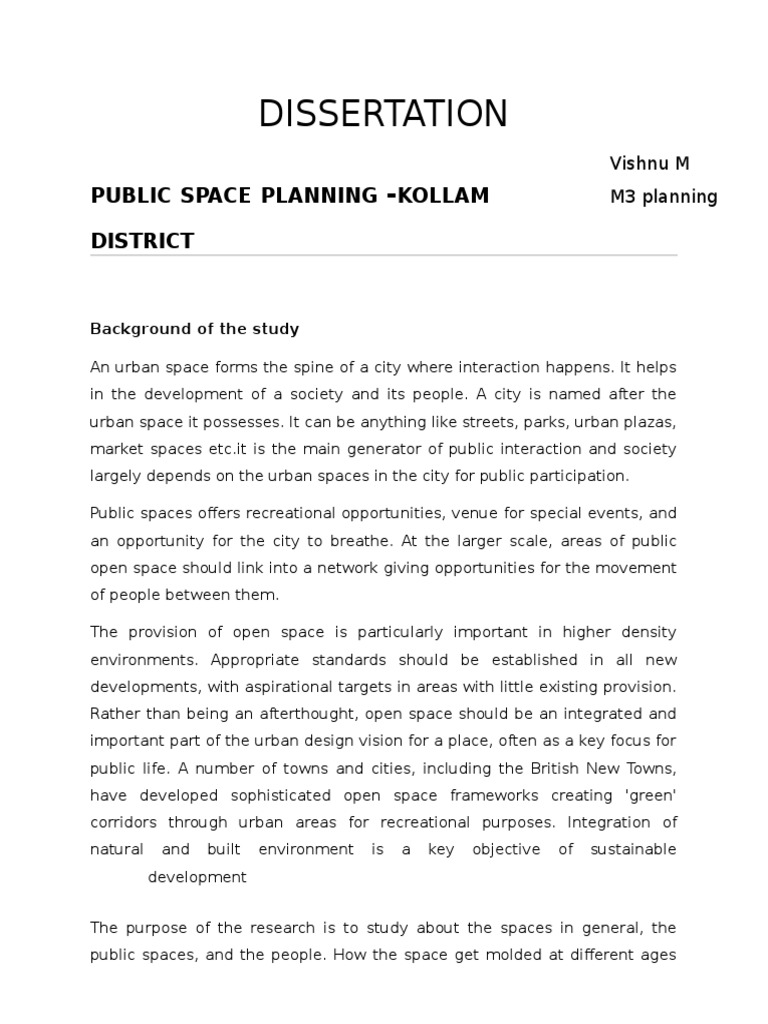 In these cases due to constant migration, the places where these nomadic tribes used to formerly reside would be bereft of resources and thus would be unusable for a certain period of time. These negative spaces that were created are generally temporary in nature and are rejuvenated over a period of time.

Formation of negative or unused spaces was also a result of change in rulers. After the phases of invasion every ruler intended in creating a new focal point during his regime. Therefore the previous capitals were abandoned and a new base was set up each time a ruler came into power. Therefore the present place was left which in time ruined and remained unusable. 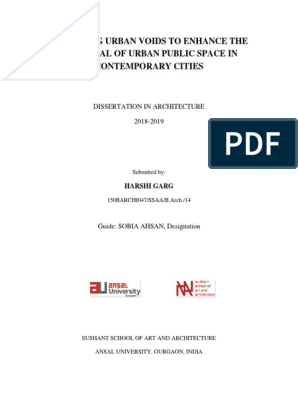 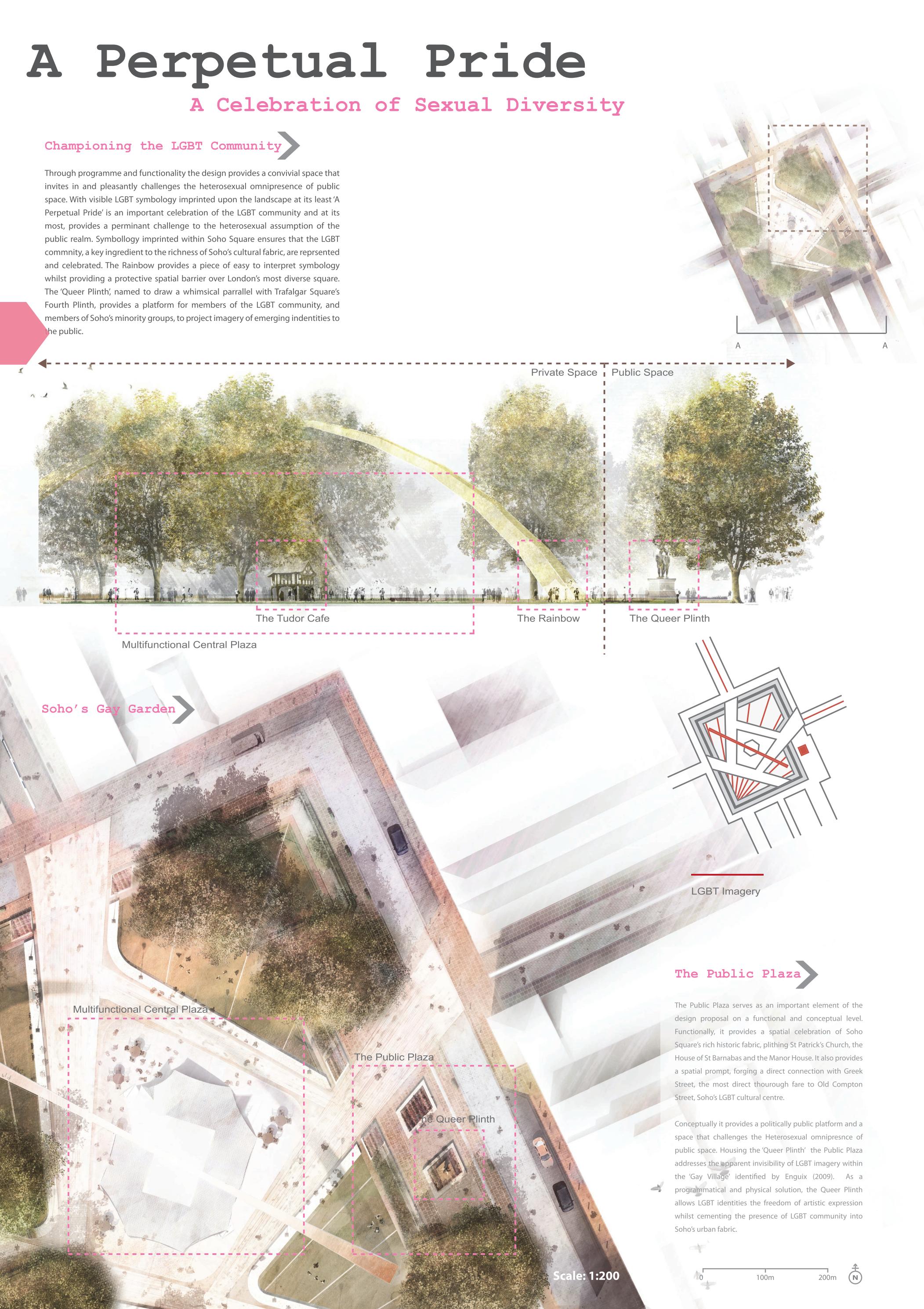 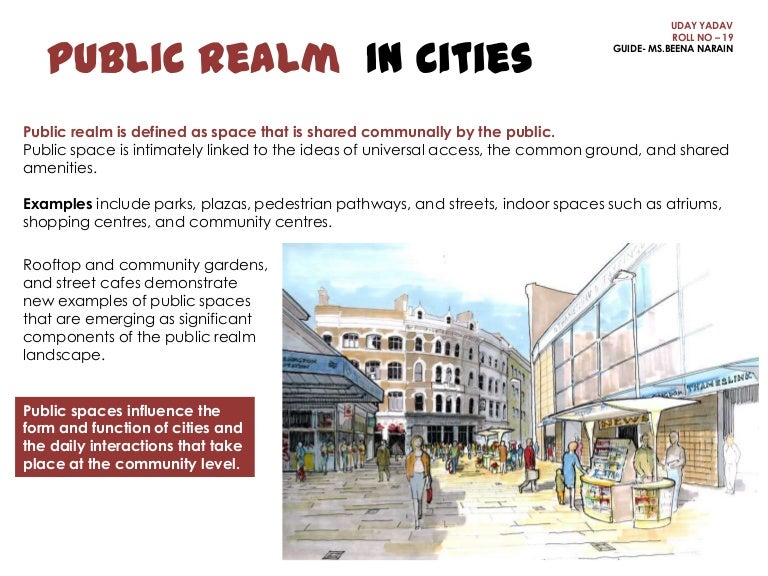